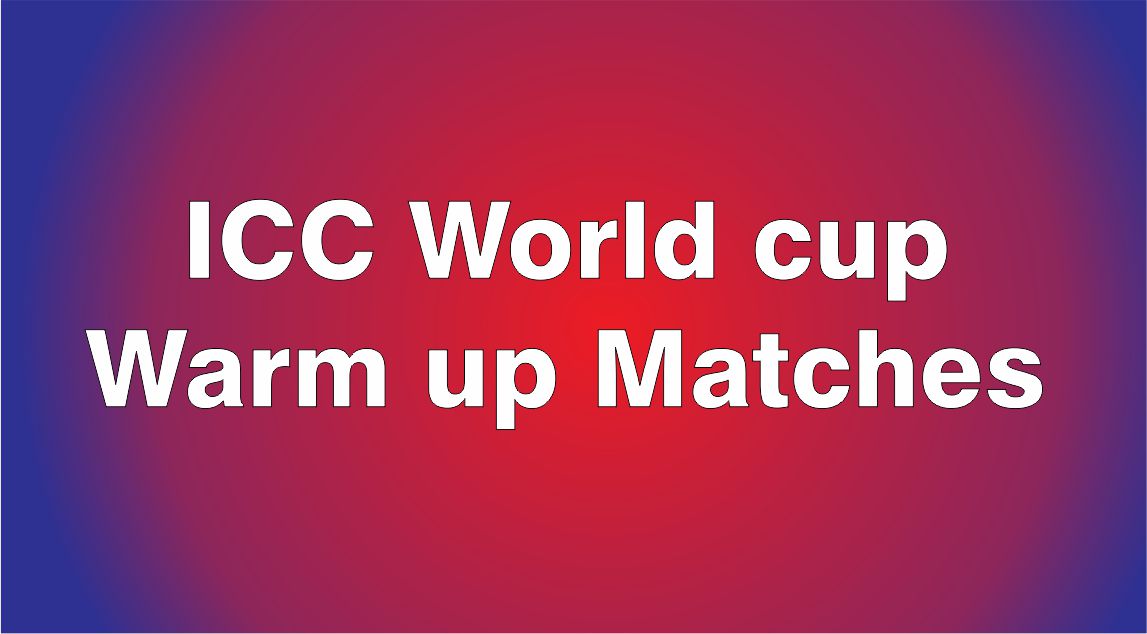 Upcoming Mega Cricket Events of ICC World cup 2019 is kick off from the 30th May on this Month but ahead of the Tournament starting Each participating countries have to played two warm up games. ICC – International Cricket council Already announced the Fixtures of the 50 Over Cricket World cup 2019 Warm up Matches. This Practice Matches are always a best preparation for all the participating team before goes to Main tournament.

First Practice Match / Warm up Game of the ICC World cup 2019 to be played on Friday 24 May between the Pakistan and Afghanistan Team. Defending Champions of the Cricket world cup Tournament Australia will be playing their first warm up Match against England on 25 May Saturday While Virat Kohli and Co. of Team India playing their first warm up Match against New Zealand on 25 May.

All the Ten participating Teams of CWC 2019 Warm up Matches schedule are already announced.

The warm-up matches rules were slightly different from normal ODI matches, so they were not recognised as One Day Internationals.

Check out below the complete Fixtures of the ICC World cup 2019 Warm up Matches / Practice Games.

Most of the cricket fans of Each of the participating nations as well as around the world of Cricket Viewers looking to watch the live telecast and coverage of All Ten Warm up Matches of Cricket world cup 2019 on their country. Check out below the List of Official TV channels who Telecast this CWC 2019 Warm up Matches live online.

Apart of that some of the other TV channels Like Sky sports, Ten sports, super sports and local tv channels like DD National, DD sports, Channel 9, Gazi TV, PTV sports etc might broadcast this World cup Warm up Match Live streaming and coverage on television as well as on internet for the Mobile, PC, Laptop and Tablet users. As soon as find the official list we bring you Complete TV Guides till then enjoy the Cricket World cup 2019 Official TV Broadcaster List.

All the World cup Warm up Matches are high intensity as All teams a gear up for the competition, the official broadcaster of ICC Cricket World Cup 2019, Star Sports, is going to broadcast All ten warm-up matches live on its various network channels from May 24 in India and their sub continent countries.