Many fans of Schalke were upset not by their team’s relegation to the second Bundesliga but by their poor performance in the unlucky season 2020/21. All today’s football results, as well as statistics of already finished matches can be found on the reliable statistical site.

The start of the season 2020/21 was positive and Schalke’s fans were pleased with the competent transfer campaign. A lot of good players joined the team, but in the end they didn’t play as well as they could. The friendly games were also pretty good. However, the very first match of the season showed that not everything is as good as it seemed. Schalke suffered a painful away defeat from Bayern 0:8 and could not win for 14 consecutive rounds, scoring only 4 draws. There were 7 draws for the season in total, and only 3 victories. Today, all football results can be viewed on the verified statistical portal. The disastrous season 2020/21 will not be quickly forgotten, but Schalke has always been considered a strong club and the management must draw certain conclusions for the future. 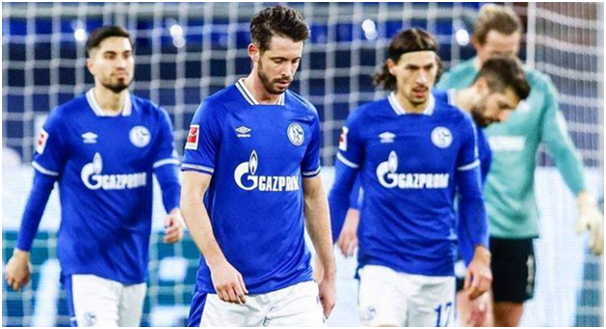 In 2020, the team changed its head coach twice, but neither Baum nor Gross were able to help the team stay in the Bundesliga. Schalke’s so to say achievements in the disastrous season include:

The fans were very surprised by the complete lack of efficiency in the once strong club, which, moreover, has strengthened quite well. However, only 3 victories, and this is extremely low figure even for an outsider.

Given the very poor performance of the team in the season 2020/21, no player can be called the best. You can look at the tables Bundesliga on the verified statistical portal, where there is also an archive with past matches and championships.

Schalke’s hope Klaas-Jan Huntelaar was able to score only 2 goals in all games. Matthew Hoppe showed himself better and scored 6 goals. The rest played so-so, to say the least. Sead Kolasinac and Shkodran Mustafi were the worst defensive duo, as they couldn’t fight the opponent’s attackers. 86 missed goals are solid proof of that. There could have been more, but the timely replacement of the aforementioned defense players with Stanbuli and Oczipka helped to avoid even greater shame. But the result still didn’t please anyone — the last place on the table and goodbye to the Bundesliga. The result matches the disappointing performance.