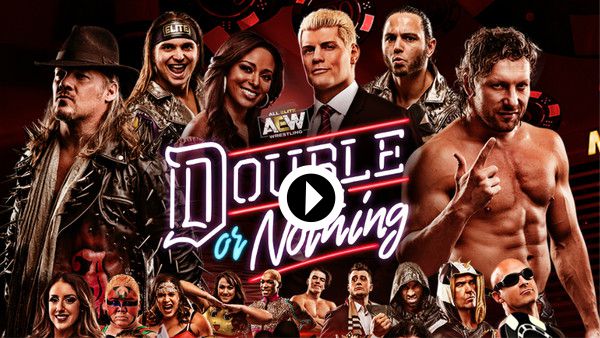 Mike Tyson has hint at a boxing comeback but former World heavyweight champion is first return in to the wrestling ring.

Iron Mike famously brawled with Steve Austin in WWE, ahead of WrestleMania 14, when he was the ring enforcer for the main event between ‘Stone Cold’ and Shawn Michaels.

With his great impact on the world of professional wrestling,he also became a member of Vince McMahon’s WWE hall of Fame.

He linking up with WWE’s rival company All Elite wrestling and shown on double or nothing ppv live on saturday night 23 may 2020.

He said: “Mike Tyson was actually somebody that we met as a company at Double or Nothing last year. Over the course of the year, we’ve come to respect him as a fan and he’s a hardcore AEW fan.

“I’ll say though, that was one of the last touches put on Double or Nothing in terms of who will be the one to present that championship. Someone with an element of prestige and that’s what Mike is there to do Saturday night.

“He is there to hand the championship to Lance or myself and it’s been fun to get to know Mike over the past year.”