List of CONCACAF Gold Cup winners, Runners up Till date

Till date total 14 Edition of CONCACAF Gold cup to be concluded. The confederations of the North, Central American and Caribbfean Association football – CONCACAF gold cup is One of the popular Men’s National football tournament. Since the inaugural edition of the 1991 tournament was held in span of every two years.

First Edition of the CONCACAF Gold Cup to be host by United states in 1991 and Winners of the Inaugural Edition of Gold cup Trophy is also United states as they beat the Honduras in the final with score of 4-3 Pen. 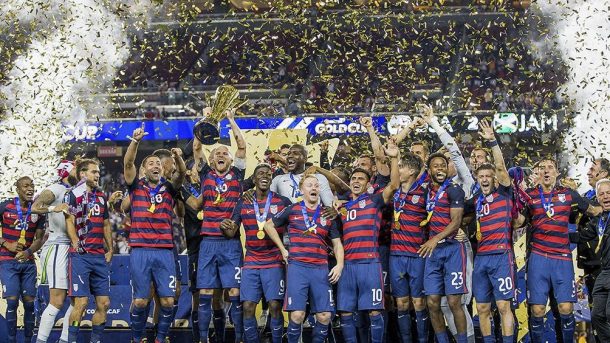 United States is the defending champions of the upcoming 2019 Gold Cup as they beat Jamaica with 2-1 score in 2017 edition.

Check out below the list of the Gold cup winners, Runners up with Year by Year host countries.

If we look at the winners of Gold cup football competition then Mexico are most successful countries as they won 7 title of CONCACAF Gold cup while with six trophy on their name United states are on the second position. Apart of this Only canada who won the Gold cup trophy in 2000.

The following table shows cumulative top four results for all editions of the CONCACAF Gold Cup.