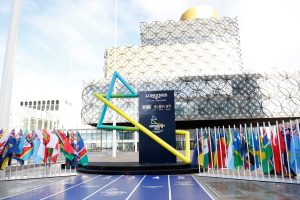 Good News for the Brunei Sports fans as they can Enjoy the upcoming Commonwealth Games Live in Brunei on RTB as they are official broadcaster for the CWG 2022.

Upcoming XXII Commonwealth Games which is multi sports events and its schedule to play between 28 July to 8 August. Birmingham Who host the tournament so its also known as Birmingham games.

All the brunei fans enjoy the Commonwealth coverage on RTB Aneka or RTB Perdana channel as the broadcast sports events on their network.

Online Viewers catch the Live streaming of CWG 2022 directly on RTB’s OTT service of RTB go as the broadcast the action on multiple device such as computers, tablets, smartphones.