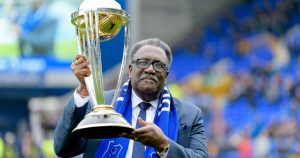 ICC World cup is the major cricket sports event and winning their trophy is always special for any country, team, player or their captain. First Edition of the Cricket world cup tournament was played in the 1975 and it was win by the West Indies. Clive Lloyes the first ever captain who lift the ICC Cricket world cup trophy.

Last Edition of the World Cup tournament trophy win by the English Captain of Eoin Morgan as England win 2019 WC at Home. IF we look at the Winning world cup captain list then Clive Lloyd of west indies and Ricky Ponting of Australia are two most successful captains.

Check out below the list of captains who hold the world cup trophy.

Upcoming Edition of the ICC Cricket world cup 2023 to be played in India and who will win it ? share your thought.