Over his career, Xabi Alonso didn’t often attract the media’s close attention. The thing is that he mostly played for the team’s football results, consciously sacrificing his own successes. In particular, speaking about English Liverpool, he had to play second, accompanied to Steven Gerrard company. After moving to Real Madrid, he was also in the shadow of other stars, such as Cristiano Ronaldo. But despite all these facts, the fans highly appreciated his abilities, always welcoming him to every club. 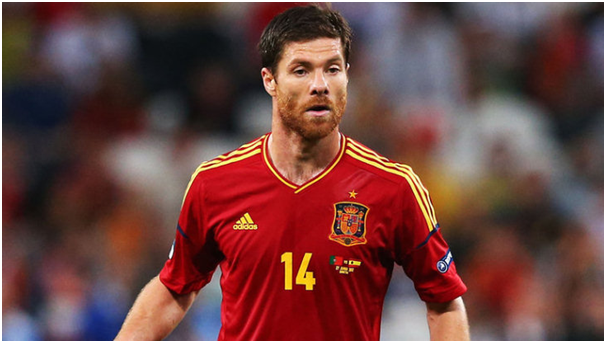 At his native Real Sociedad he not only built himself as a first-class defensive midfielder, but acted as the captain as well. He gained the first really prominent results football after moving to Liverpool. The famous final of the 2005 Champions League can be considered as a starting point. After four years, it was time to move on, although the transfer to capital Real couldn’t be called easy. Xabi couldn’t score for 47 games in a row, but the coach had no reason to be upset, given the amount of work he did on the field.

What is Xabi Alonso remembered for

Xabi’s last chord in professional career as a player was his transfer to Bayern, where he quickly joined the game of the German grandee. Indeed, Alonso was remembered by fans for being able to influence the state of affairs in the Spanish La Liga table. When experts are asked to recall the key moments in the Spaniard’s career, the following ones come to mind:

The hundredth match of the Spaniard in the national team should be mentioned separately. Then, he scored two goals, which allowed Spain to beat France for the first time in official duels.