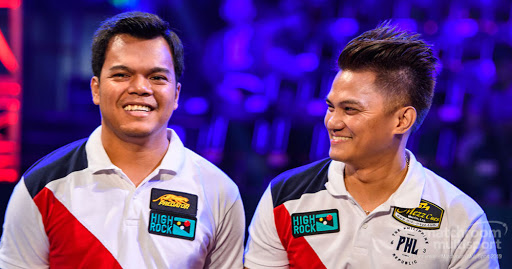 Philippines team who will be looking to record fourth title on this 14th Edition of World cup of Pool which to be played between 9-14 May 2021. Stadium MK will be host this events and sky sports, Match TV, DAZN who brodcast World cup of Pool live in various country. Know the full live telecast guide here.

Philippines who are the three time world cup winners and joining forces this year are the duo of Jeff De Luna and former World Championship runner-up Roberto Gomez.

Russia will be represented by reigning World Champion Fedor Gorst and 23-year-old Sergey Lutsker, who was a silver medallist at the Junior European 10-Ball Championship in 2015.

Greece will be represented for a third time by the pairing of Nick Malai and Alexander Kazakis, runner-up at the last World Pool Masters.

Team Austria (Albin Ouschan and Mario He) will defend their title in Milton Keynes, but competition will be tough with some of the biggest names in pool already confirmed.

They include the Netherlands (Niels Feijen and Marc Bijsterbosch), Japan (Naoyuki Oi and Masato Yoshioka) and Great Britain A (Jayson Shaw and Chris Melling).