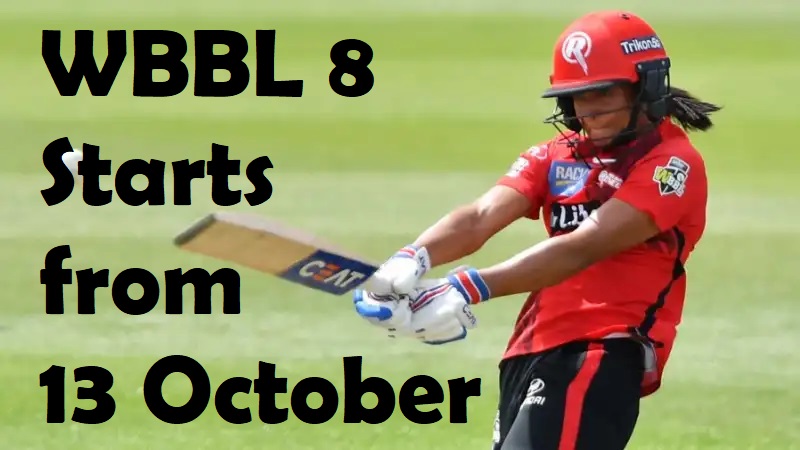 In the Women’s Big Bash League T20 Cricket League First time in the three occasion its return to held across six states. WBBL Season 8 will kick off on 13th october with the opening fixtures between Brisbane Heat and Sydney Sixers in Mackay.

Final Game of WBBL 8 to be played on 20 November.

This WBBL 8 will be slightly different to be the previous edition as regular thursday night matches to be played. Cricket Australia stated. “The WBBL evolving into more of a prime time competition is exactly what it merits and it’s a great evolution for the competition,”

Cricket Australia’s Head of the Big Bash, Alistair Dobson also said that “I think those festival weekends have proven really popular, and I think the players really enjoy them and fans love being able to see lots of cricket on one weekend.

“But equally, in previous years we’ve had smaller festivals midweek, which is what we’ve been able to largely avoid this year and been able to move those midweek games into more standalone matches.

“More than ever, we’ve got one-off matches on an individual night, which just lends itself to sort of bigger crowds and bigger audiences. Ultimately, I think it’s one of the strongest schedules we’ve had, if not the strongest since we moved to a standalone season.”