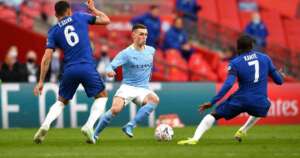 Have you ever wanted to watch the FA Cup but found yourself abroad and unable to access the broadcast? Whether you’re an avid fan or just curious about the sport, there’s no need to miss out on the action. With a few simple steps, you can easily watch FA Cup online from any corner of the globe. In this blog post, we will provide you with a complete guide on how to watch FA Cup online abroad. From understanding different streaming providers to setting up virtual private networks (VPNs), we’ll help make sure that you don’t miss out on your favorite team’s game. So without further ado, let’s get started!

How to Watch FA Cup Online

If you want to watch the FA Cup online from abroad, you’ll need to use a VPN. A Virtual Private Network will allow you to connect to the internet via a server in another country, which will trick streaming services into thinking you’re in that country.

We recommend using ExpressVPN, as it’s one of the quickest and most reliable VPN providers on the market. Plus, it has servers in 94 countries, so you’ll be able to access any streaming service you want.

Once you’ve chosen and signed up for a VPN provider, follow the steps below to start watching the FA Cup online:

1) Download and install the VPN app onto your device(s)
2) Open the app and sign in with your account details
3) Connect to a server in the UK
4) Visit the BBC iPlayer website or app (you may need to create a free account)
5) Start streaming!

The Different Broadcasters of the FA Cup

The FA Cup is one of the most prestigious football tournaments in the world. The competition is broadcast live on television around the globe, with different broadcasters holding the rights to show the matches in their respective countries. In this article, we will take a look at some of the main broadcasters of the FA Cup and how you can watch the tournament online from abroad.

In England, the FA Cup is broadcast live on both BBC and BT Sport. If you are a UK resident, you can watch all of the matches live on either channel by simply tuning in to your TV. However, if you are living outside of the UK, you will need to use a VPN service in order to connect to a server in the UK and gain access to these channels.

In Australia, SBS is the primary broadcaster of the FA Cup. The matches are shown live on SBS Viceland and can also be streamed online via The World Game website. If you are living outside of Australia, you will again need to use a VPN service in order to connect to a server in Australia and gain access to these channels or stream it online.

In America, Fox Sports holds the broadcasting rights for the FA Cup. The matches are shown live across various Fox Sports networks as well as being available to stream online via their website or apps. If you are living outside of America, you will need to use a VPN service once more in order locate a server there and gain access these services from abroad.

Which Countries Broadcast the FA Cup?

The FA Cup is one of the most popular football tournaments in the world and is broadcast in many countries. The tournament is shown live on television in over 200 countries and territories around the world.

In North America and Caribbean

How to Use a VPN to Access the FA Cup

If you want to watch the FA Cup online but are outside of the UK, you can use a VPN to access the BBC iPlayer and other British streaming services. A VPN will allow you to change your IP address so that it appears as if you are in the UK, giving you access to all the same content that you would normally be able to watch.

To use a VPN, simply sign up for a service like ExpressVPN, download their app, and connect to a server in the UK. Once connected, open up the BBC iPlayer website or app and start watching the FA Cup! You can also use this method to access other British streaming services like ITV Hub and All 4.

If you’re looking for a VPN to watch the FA Cup, you’ve come to the right place. In this article, we’ll recommend five of the best VPNs for streaming the FA Cup live.

First up is ExpressVPN. ExpressVPN is a great choice for watching the FA Cup because it offers fast speeds and reliable connections. Plus, it has servers in 94 countries, so you can connect to a server near you for the best possible experience.

Next on our list is NordVPN. NordVPN is another great choice for watching the FA Cup because it also offers fast speeds and reliable connections. Additionally, NordVPN has servers in 62 countries, so you can find a server that’s close to your location.

Watching the FA Cup online while abroad can be an exciting experience. With a good VPN and a reliable streaming service, you can watch all your favorite teams in action without being restricted by geographical boundaries. We hope this guide will help make it easier for you to find the best way to watch the FA Cup, no matter where you are in the world. Enjoy!

Essential Tips To Bet On Any Sports