Upcoming 2022 Dakar Rally will be the 44th Edition and its been schedule to happen in saudi arabia which to be more than 8,300 kilometres long with a route that traverses deserts and mountains and the duo will drive up to 600km a day in a taxing schedule. 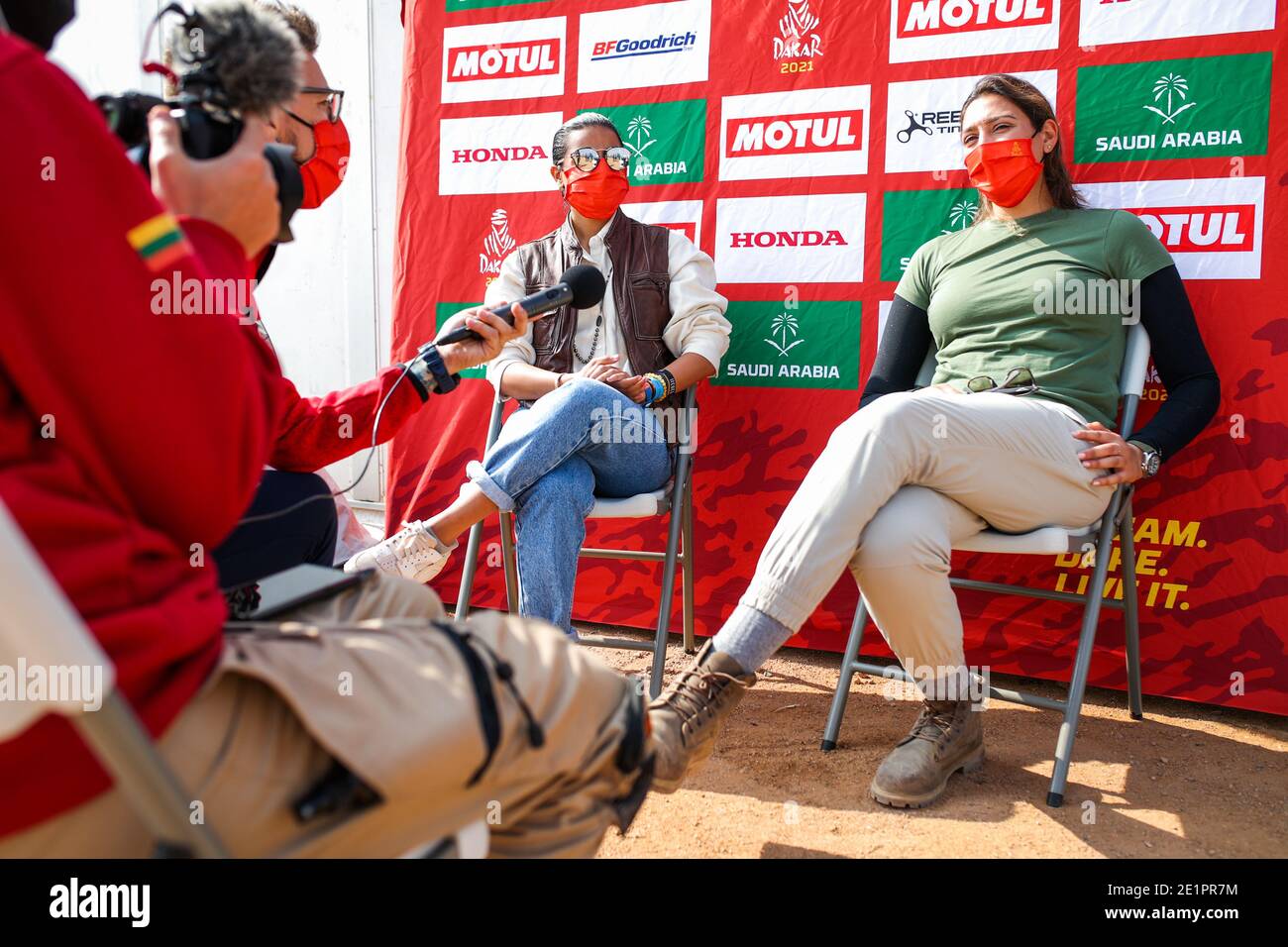 “To drive on this famous event in Saudi is a dream come true,” Al-Obaidan, 33, said. “I’m doing what I love and I’m receiving so much support from people who say that what I am doing is inspiring a lot of people.

“When I finished seventh on the hardest round in the (FIA World Cup for Cross Country Bajas) series, against competitors who had been competing in the sport for more than 15 years, I knew I could do this.

“I soon realised that I was unlocking doors and breaking down barriers with my achievements. We are paving the way for females to understand the journey we are taking and to join us.” Akeel, also 33, spent last year recovering from a fractured spine and multiple pelvic breaks following a crash on the track in Bahrain but that did not put her off racing as she won the overall title at the FIA World Cup for Cross Country Bajas.

“Those months after the crash were painful, but in some ways I was lucky because I didn’t need surgery. In motorsport you accept the risks and ultimately you have to make a choice,” Akeel said.

“You have got to respect the Dakar. It’s the longest rally on the calendar and Saudi is an incredible location. You can cross 200km and the landscape, terrain and weather can change three or four times.” Reuters