Boxing has been one of the top sports in the world for centuries. Like all professional sports, boxing is entertainment and thus it is important to draw attention and get people to tune in. However, this attitude has led to some questionable moments in history and looking back, maybe it would have been better for these boxers to stay away. Let’s take a look at a few moments that come to mind.

The sporting world has seen more than its fair share of bizarre clashes over the years, and this is far from the first wacky event that Mayweather has ever been a part of. In fact, he’s had his fair share of them in just the past few years. However, one of the strangest moments in Mayweather’s decorated career was the infamous Boxing vs WWE crossover.

The WWE has welcomed numerous celebrities over the years to make their wrestling events a little more exciting. These matches are normally low-impact and low energy as the celebrity is not a wrestling professional so this translates to pretty dull matches. At first, it looked like this is what we were going to receive, and then the event really went off the rails.

Mayweather standing next to The Big Show was comical, as the boxer is 1.73 m and the wrestler is 2.13 m and 174kg, absolutely towering over his opponent. The Big Show proceeded to chase Mayweather all around the ring before attacking his bodyguards. From there, the match evolved into a spectacle of chairs flying, brass knuckles, and Mayweather’s entourage going crazy.

It was a strange event, and you must keep in mind that this was at the absolute height of Mayweather’s fame so many serious boxing analysts criticized Mayweather for lowering himself to participate in an event like this. Of course, this wouldn’t be the last time Mayweather signed up for a questionable event. The upcoming Mayweather vs Logan Paul boxing match has already drawn more than its fair share of criticism as well. 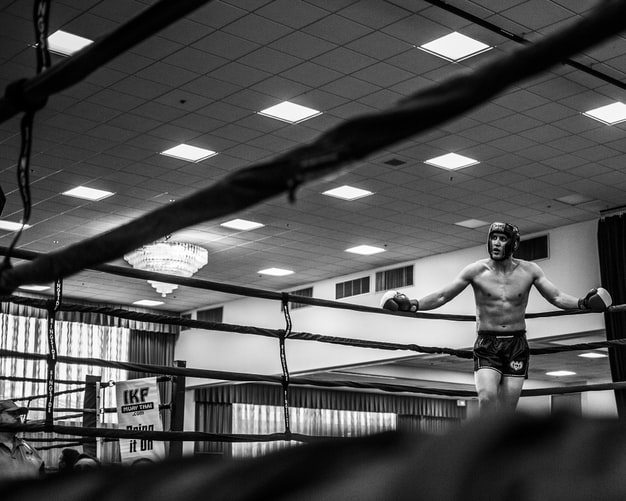 Nowadays, boxers crossing over to mixed martial arts events is not uncommon. In 1976, it was unheard of. Somehow the stars aligned for one of the most celebrated boxers of all time, Muhammad Ali, to participate in an MMA exhibition match against the Japanese wrestler Antonio Inoki and let’s just say, this was a spectacle.

The match involved Ali wearing gloves and Inoki barehanded. According to the rules, Inoki was not allowed to tackle Ali or throw him, just grapple with him when they were close. He also was seemingly allowed to kick Ali whenever he was on the ground. This resulted in a strange strategy of Inoki throwing himself on the ground and then kicking at Ali throughout the match. Meanwhile, a terrified Ali ran around the ring for the majority of the match, only throwing 1 punch in that time while his legs were pummelled. The match ended, a draw was decided, and Ali fled Japan.

Next we have an event that is true to the crazy nature of the boxing world. George Foreman was the baddest heavyweight on the planet before facing off against Muhammad Ali. The Ali aura was already broken when he lost to both George Frazier and Ken Norton, so when Ali was set to fight against George Foreman, it was expected to be an early night. Instead, Ali embarrassed Foreman in an event that was called “The Rumble in the Jungle.”

The loss shattered Foreman’s ego, leaving him in a dark place. To regain his confidence and restore his place as the most feared heavyweight alive, Foreman scheduled an event called “Foreman vs Five” where he would face off against five fresh boxers one after another. It was a strange display of brutality that degraded into a storm of emotions.

Ali was a guest commentator that night, openly mocking Foreman in between rounds. It felt like a carnival with insults flying and the crowd loudly booing Foreman constantly and even chanting Ali’s name at times. At moments, Foreman ended up in a wrestling match with his opponent, trainers fought trainers in the middle of the matches, Foreman punched opposing trainers and his own coaches in frustration. It was a supremely embarrassing moment and a stain in boxing history.