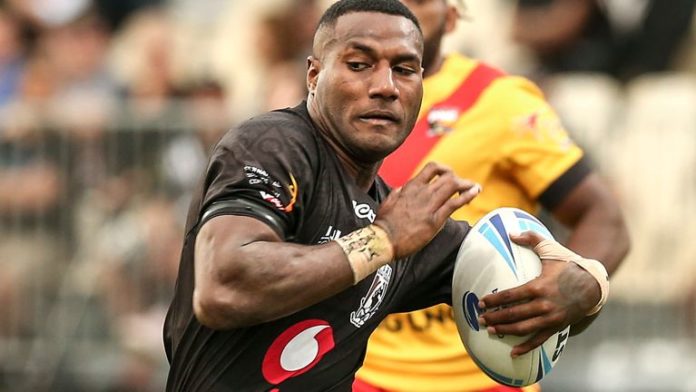 Queensland Reds recruit Suliasi Vunivalu dropped for the Super Rugby AU Opener against Waratahs due to allegedly pushing a security guard in a Brisbane pub.

The champion NRL winger had arrived at Ballymore fresh off a premiership with the Melbourne Storm.

But on Tuesday the winger copped a club-imposed $10,000 fine alongside suspension from Friday’s season opener at Suncorp Stadium against the NSW Waratahs.

“I’m embarrassed to be in this position and I apologise to the QRU (Queensland Rugby Union) and my teammates for that,” he said in a prepared statement.

“I apologise to the fans and rugby community, especially in Queensland.

“I understand the position the QRU have taken; they expect a high standard form players and I do as well.

“I’m proud to be part of the Reds and Rugby Australia and looking forward to the matter being resolved.”

“I am disappointed and expressed that to Suli,” QRU boss Dave Hanham said when queried about the delay in the club receiving information about the incident.

“The earlier we know these things the better … Suli’s aware of that and that’s factored into our decision-making.

“We’ve been able to agree to a set of sanctions that are appropriate in the immediate and once the matter’s heard in full then we can reassess.

The Reds who starting the 2021 Super Rugby AU Campaign by playing the match against NSW Waratahs on Friday February 19 at Suncorp stadium which to be kick off from the 7:45 PM AEDT Time and Its live broadcast on Stan Sport and Nine Gem.