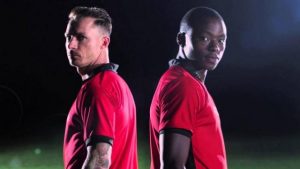 South Africa Head coach of the Ottis Gibson said that Duo pace bowler of the Team Kagiso Rabada and Dale steyn are expected to recover from the injury before the Team’s First Match against England of Cricket world cup 2019 on 30 May.

Rabada who shown a great performance in the recently concluded IPL by taking 25 wickets in 12 Matches and ruled him out before the playoff due to injury while Dale steyn was injured in the mid way of the competition of indian premier league as they are playing from the Royal Challengers bangalore franchise but only manage to play a two matches and get a shoulder injury and that will force him to return south africa and this surely be in doubt for both for south africa for the world cup participation but now Gibson reckons that Both are getting full of recovery ahead of the world cup begin.

“Hash just wanted to get away from the T20 bubble of trying to hit every ball. Obviously he wasn’t scoring big runs, so he felt like that was hampering his own preparation and his mindset of playing in England. We felt it was important to give him the space to do that. There was no real dramas of removing him from that T20 atmosphere,” Gibson said.

Gibson also said that he will be very impressed with the Jofra Archer and he have to played in the Final squad from the England.

“They have got a good thing going, Jofra Archer will add some spice to their attack and I can’t see how they are not going to pick him to be honest. He is a guy from my home of Barbados, so I would be very happy to see him putting on an England shirt and playing in the World Cup,” Gibson said.