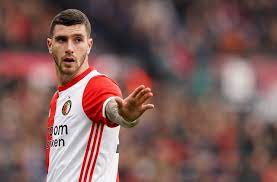 Contract of Senesi’s expire in june 2023, Feyenoord are only asking €20 million for him. Monchi of Sevilla wants Senesi and Senesi wants to join the club.

If we look at the sevila team then currently they have players like onzalo Montiel, Lucas Ocampos, Erik Lamela, Marcos Acuña and Papu Gómez.