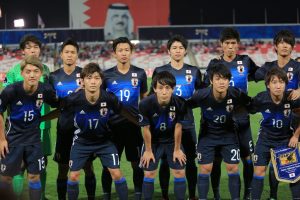 JFA – Japan Football Association announced the 21 players list who will represented the Japan in the Fifa U20 world cup 2019 which played in Poland this month from the 23rd May.

In 2019 Fifa U-20 World cup Japan who draw in the Group B with Mexico, Italy and Ecuador. Japan Under 20 football team starting the World cup campaign on 23rd May when they face to Ecuador at Zdzisław Krzyszkowiak Stadium in Bydgoszcz.

If we look at the squad then some of the good players likes of Tokyo FC’s Takefusa Kubo, Kashima Antlers forward Hiroki Abe and Sanfrecce Hiroshima goalkeeper Keisuke Osako are absentees in the Japan players list of U20 world cup. Total 13 Members of the squad already features in the previous AFC U19 Championship where team finish on fourth spot.

List of Fifa U-20 World Cup winners, Runners up Till Date