RCB Captain Virat Kohli After lossing a Straight Six Games finally tasted a victory in their seventh Match of the Indian Premier League and Also open the Account in the IPL 2019 Points table by winning a Game by Eight Wickets against Kings XI Punjab. After winning the toss and Bowling First, Royal Challengers Bangalore do great with bowl by restrict the Opposite Team of Kings XI under 180 score.

Punjab Who put bat first in 28th Match, Kings XI get a good start from the Chris Gayle and KL Rahul by making a partership for the first wickets of 66 runs. but after then team suffered a mini collapse so team score 113/4 from 86/1. So follow up wickets in the regular interval team slowed down in the middle overs and in the end 173/4 final score for the KXIP with help of Gayle unbeaten 99.

In reply of this target, Royal Challengers Bangalore did not face much trouble to chase down target as Virat Kohli and Parthiv Patel give a 43 run stand for the first wickets but after then Skipper of RCB Virat Kohli and One Down Batsman AB De Villiers Made a 85 runs partnership for the second wickets and make a RCB to Drivers seat. Mohammad Shami dismissed Kohli on their individual score of 67.

De Villiers also scored a fifty and Stoinis unbeaten stand take their side to first victory of the Indian Premier League 2019 competition with 4 fours to spare. 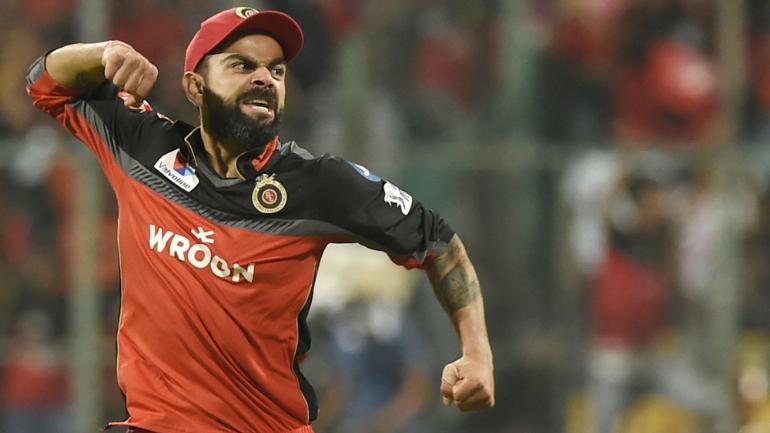 However this Victory turned a bit issue as Virat Kohli became the third captain who slapped a fine for slow over rate.

“As it was his team’s first offence of the season under the IPL’s Code of Conduct relating to minimum over-rate offences, Kohli was fined Rs 12 lakh,” the IPL said in a statement.

The IPL has imposed a fine of Rs 12 lakh on Captain Kohli after the Royal Challengers ended their bowling innings at 21:45 IST time.

So now Kohli is currently in danger of getting a ban too. As second offence of over rate in a fine of INR 24 Lakh for the captain and INR 6 lakh or 25% of the match fee from every other player in the team, whichever is lesser. While third time doing the same of slow over rate cost Captain INR 30 Lakh and ban from the team’s next game.