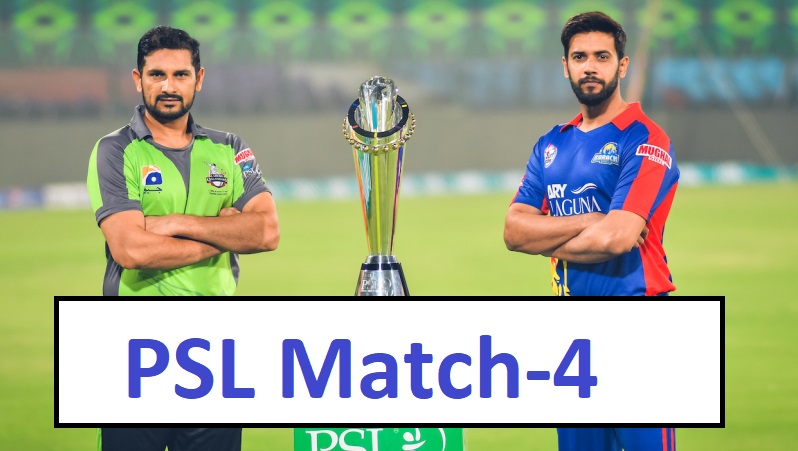 T20 Actions is almost begin in Pakistan with the Pakistan Super League 2021 season is kick off couple of days ago. Today in the 4th PSL 2021 Game Lahore Qalandars takes on Quetta Gladiators at National Stadium, Karachi. All the Cricket fans will be seen this LHQ vs QTG T20 Match live telecast and coverage from the 07:00 PM LOCAL Time, 7:30 PM Indian Time tonight from the official sites.

Lahore Qalandars Who comes to this fixtures with a victory over Peshawar Zalmi. In Batting Mohammad Hafeez and Ben Dunk perform good in the previous game and team looking to similar kind of performance from him in this game too. Lahore Looking to Best starts from the both opener Fakhar Zaman and Sohail Akhtar who in great touch in the last couple of games. Once Again Today Lahore Qalandars and their support staff looking similar kind of bowling efforts from the Shaheen Afridi as they took 3 wickets in their four over quota by giving only 14 runs. Team have also a World class Spinner Rashid Khan in the line up so looking well balance team.

On the other side Quetta Gladiators who looking to Open their points table account as in their first PSL game they loss against Karachi Kings. Team have a very good t20 international players likes of Tom Banton, Sarfaraz, Gayle so team need a good batting performance from him.

How to Watch This Match Live Stream

Pakistan’s One of the Premier Sports channel, Geo Super has acquired the broadcasting rights to Stream of PSL’s Six editions including today’s LHQ vs QTG 20-20 Over Match. Cricket Viewers will be catch the Entire PSL 2021 Tournament on Geo Super’s Website and their mobile apps too. To Watch PSL match live kindly go to Official stes of Geo Super.

When is Lahore Qalandars vs Quetta Gladiators Match played?

Which TV channel will broadcast the PSL Match-4 LHQ vs QTG in India?

The Pakistan Super League 2021 match-4 of Lahore Qalandars vs Quetta Gladiators can be watched on Sony Sports Network in India.

Squads of Both Sides