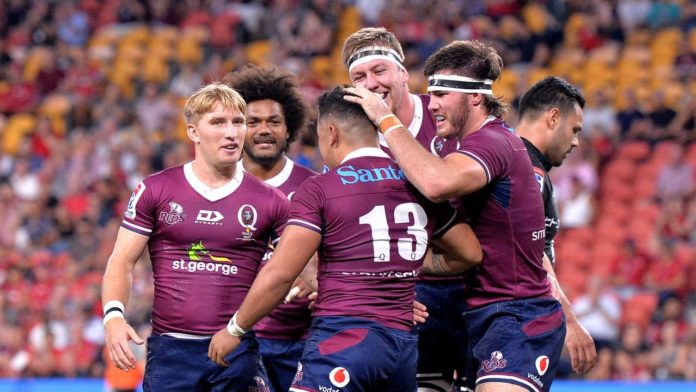 Queensland Reds have announced their playing squad for the upcoming Super Rugby AU 2021 Tournament which to be schedule to starts from the 19th of February.

Reds who appeared recently in Grand Final and also bring a strong team for this season.

Go to Official sites of 9now.com.au from your device.

89% of the current 37-man squad has come through the Queensland pathway having been a part of Reds Academy programs, represented Queensland at either U18s or U20s level, played Queensland Premier Club Rugby or played for either Queensland Country or Brisbane City in the National Rugby Championship (NRC) or in the U19s (URC) competition.

Reds head coach Brad Thorn said: “It’s great to keep a consistent group – both players and staff, heading into the 2021 season. Close to 90% of our guys have come through the system here in Queensland which we’re really proud of.”

“The majority of this group have been together for nearly five years now and they’re all mates. They care about the cause here at Queensland and we’re all looking forward to the year ahead,” said Thorn.

Queensland Reds who starting the 2021 Super Rugby AU Campaign against NSW Waratahs on 19th February in round 1 which to be played at Suncorp Stadium, Brisbane. Watch out the Full Guide of Super Rugby AU 2021 live stream.