5 MOST IMPRESSIVE YOUNGSTERS IN THE EURO 2020

Due to the coronavirus pandemic that changed lots of things and altered some sport calendar throughout the world when it became so apparent in March 2020. And like other sporting events and football competitions, EURO 2020 was not immune from the altered calendar or shift in the tournament schedule.

In fact, the change in the sporting calendar ensure that the proposed EURO 2020 which supposed to take place in year 2020 is shifted to 2021. But with fixture congestion in the just concluded league season in many participating EURO 2020 countries, there is bound to be fatigue and stressed leg which will ultimately the intensity and passion of the game in the on-going EURO 2020.

Though, this EURO 2020 edition is truly using the length and breadth of Europe, with matches taking place from Seville to Baku and St Petersburg to Rome, while the beauty of Berlin is far to reach in Amsterdam but the passion of Lisbon is spread till the of Wembley.

Although, going to the competition, the likes of England, Spain, France, Germany, Portugal and Belgium are touted according to the Eurocup prediction to extend the dominance and will power in the competition but the likes of Italy and Netherlands have shown why they needed to be considered in the favorite of the EURO 2020 as it unfold presently while they won their group with 9 points each and the earlier did it in emphatic fashion without conceding a goal despite using 25 players out of the 26 registered for the competition.

More so, England will be sweating as their talisman and skipper is finding it difficult to exert his authority on each match while the young lad that have been a revelation throughout the season are yet to find their creative boot.

Spain on the other hand is on the brink of early exit while they find it difficult to find the back of the opposition net despite the creative spart ignited by the young Pedri on most occasion.

However, below are the young talent that have shown the best so far in the on-going EURO 2020 that is taking place in 2021. 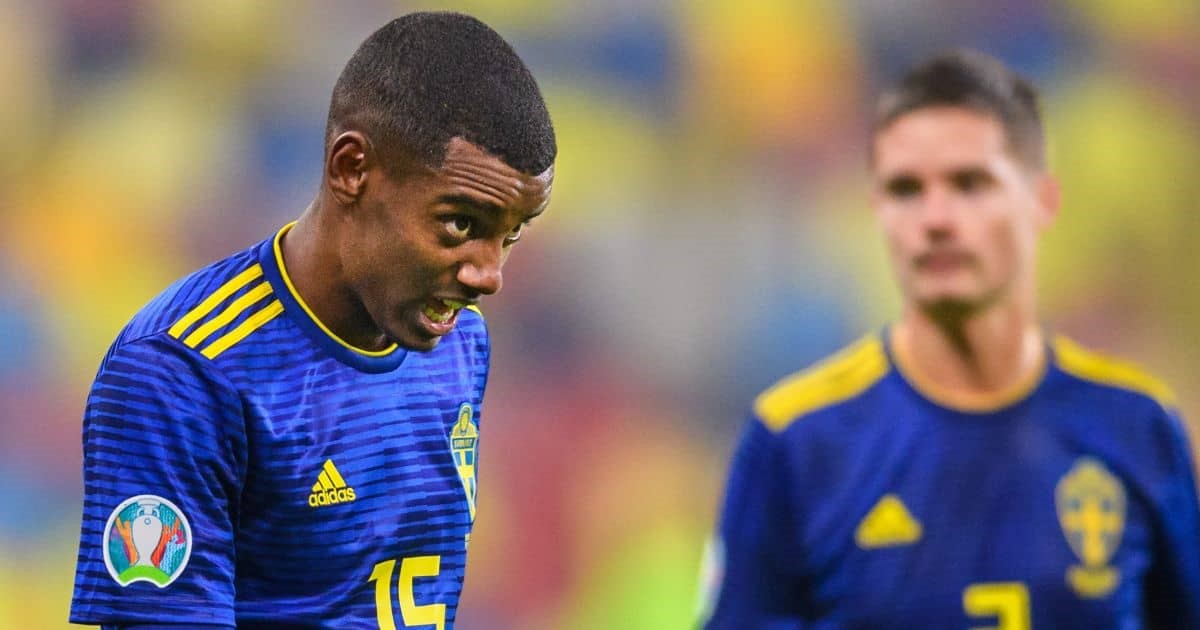 While Isak, the Real Sociedad striker has been labelled as ‘the new Zlatan Ibrahimovic’, the two don’t have a huge amount in common outside their nationality and height. Isak who managed to score 17 La Liga goals in the just concluded La Liga season, is having hard times getting the goal in this EURO 2020.

Though, the quick-witted attacker is just as happy cutting in from wide positions rather than fancy his chance at the central of the attack, thus he is unusually silent but despite their defensive approach against Spain in their group-E opening match, the Real Sociedad highest goal in the just concluded season was the spark in the heart of the Sweden attacking intelligence, and while he could have registered a goal for himself, if not Llorente who had his chance cut off on the line in 43rd minute of his EURO 2020 appearance.

With Ibrahimovic out of the Sweden EURO 2020 squad, Alexandre Isak had been saddled with the responsibility of taking the Swede to the next while taking the center stage, while he offers pace, will take his man on, can take a set-piece, and has an ability to link-up play as well as getting himself into those poaching positions. 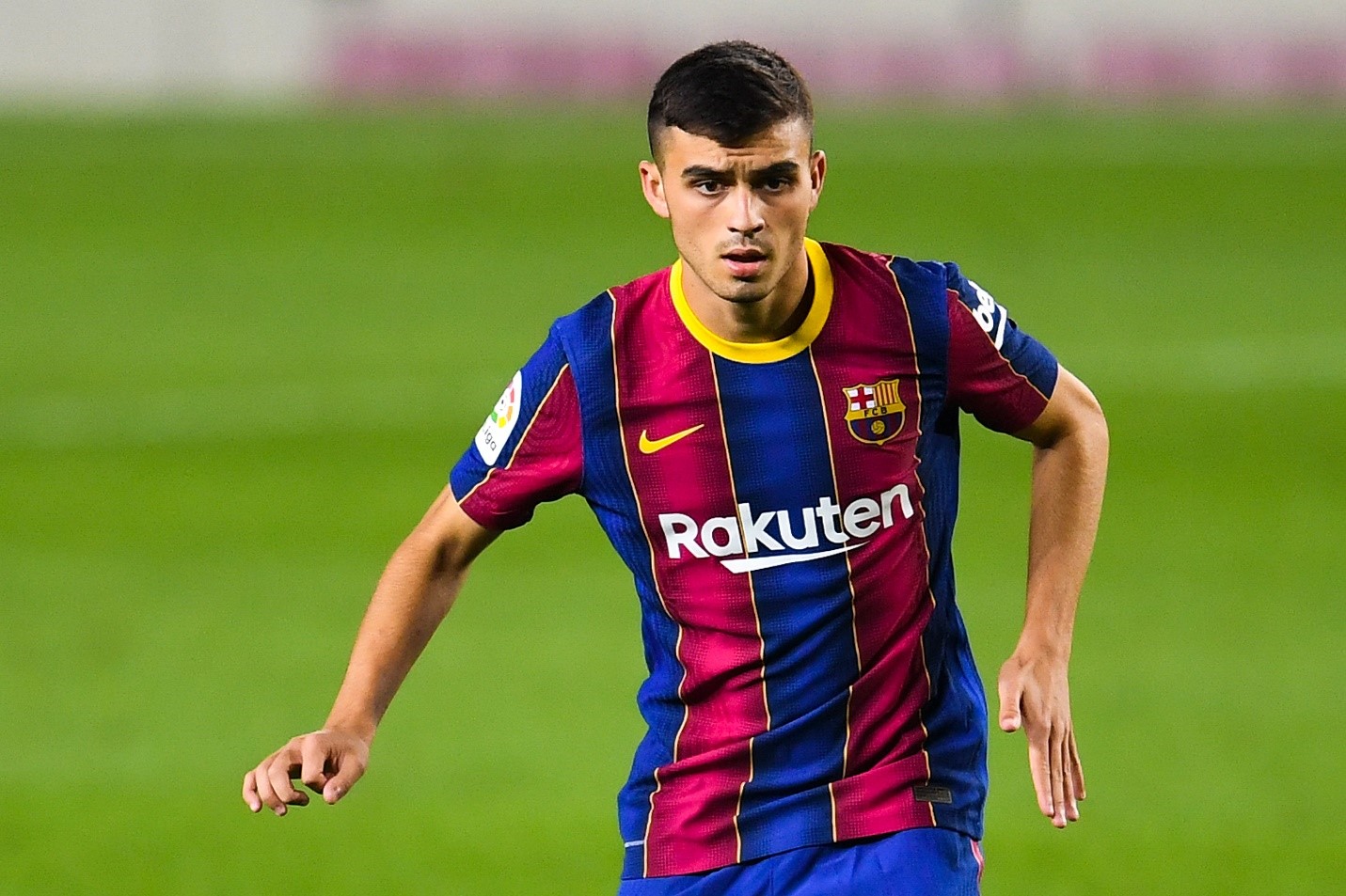 If we are to judge by his breakout season standard, Pedri performance at the on-going EURO 2020 is too quiet for the young intelligent midfielder who had wowed the world with his ability to dictate the play while supporting the attackers.

Though, he had been an excellent midfield addition to the La Furia Roja (the Furious red) side with which he is the only midfielder that have played all the minute in the competition so far for the La Furia Roja despite spain boasting of winner in their rank.

With his technicality and simplicity, the former Las Palmas midfielder is definitely setting the tempo for the Spanish team to thrive and while the team will be furious at themselves for missed chances, Pedri will definitely escape the criticism.

But the Barcelona man has bless the EURO 2020 with his vision, techniques, position and tricks so far. Hopefully, Spain will not have early exit in the competition for the tournament fans to enjoy the beauty of Pedri’s simplicity and technicalities. 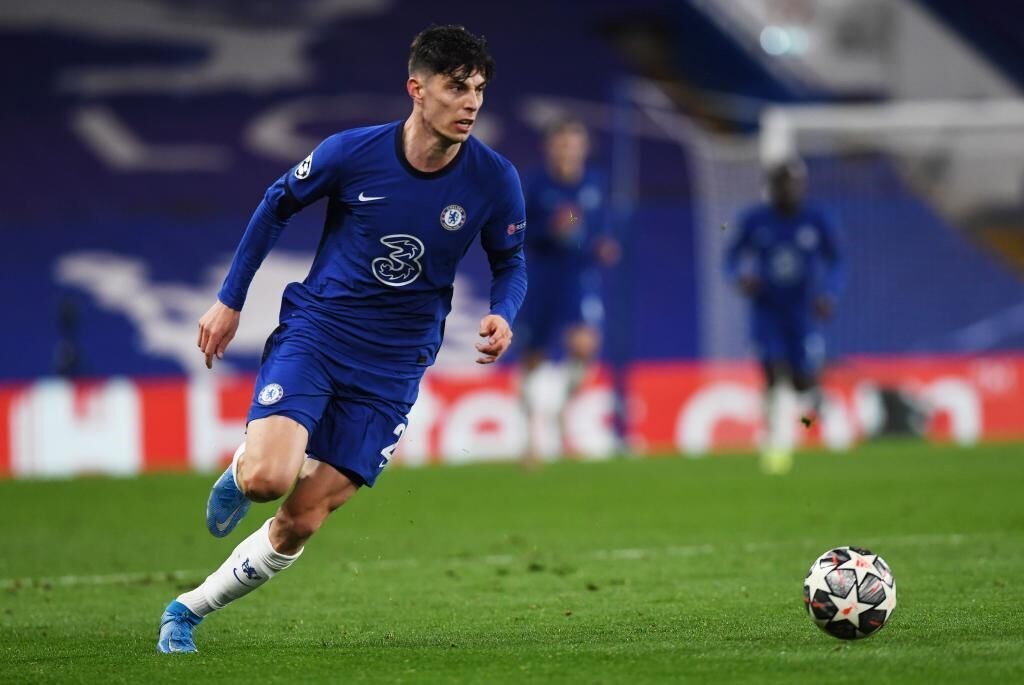 While he had a torrid start to life in England with Chelsea, the German international di have the last laugh as his goal was the reason Chelsea won the 2021 UEFA Champions League in Lisbon in the just concluded season. However, the former Bayern Leverkusen attacker has really transformed his club prowess to Die Nationalmannschaft as his taking the charge of leading his country back to the summit of football power at the current EURO 2020.

Despite their loss in the opening match against France, Havertz is one of the most impressed German of the night with his tricks, run, positioning, vision and agility but it was in the second game against the competition defending champion that the Chelsea midfielder justify the trust Joachim Low had place on him starting the match at the forefront of the Die Nationalmannschaft attack.

Although, he only had one goal to registered but his movement and trick enforced Portugal to two own goals while Germany ran away with 4-2 victory over Portugal in the process. But his All-action ability and performances have led many to describe the former Leverkusen playmaker as being everything from the next Mesut Ozil to Michael Ballack and even current EURO 2020 national teammate Toni Kroos. He is a great all-round midfield talent. 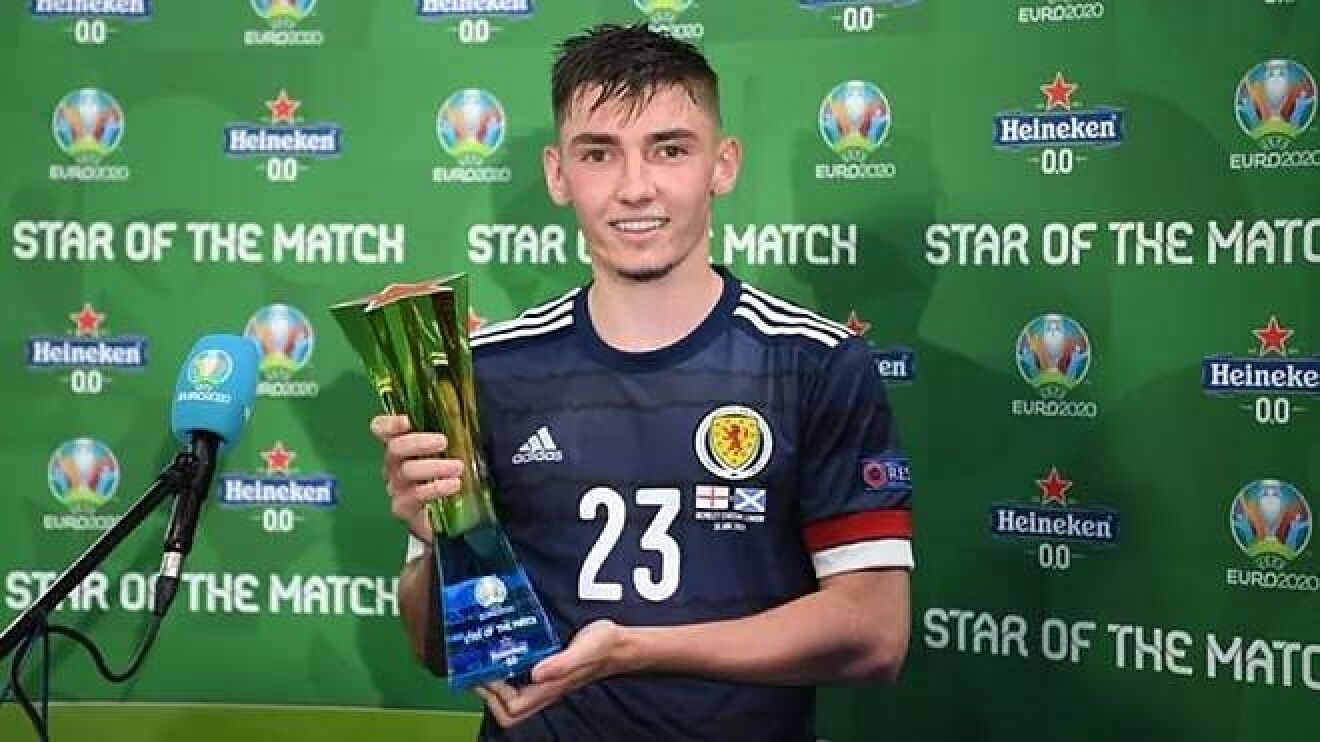 For a youngster that scoop the most valuable player award on his EURO 2020 debut match has just make it a trend to be stand out on each competition he always debuts, while it was the same feat on his Premier League, Champions League and FA Cup debut match.

Billy Gilmour has just made his statement clear for Scotland head coach, Steve Clarke, while he needs to be a starter rather than a bench warmer in this EURO 2020 edition.

The Chelsea midfielder was at the center of all Scotland defense and attacking prowess against the brilliant English team in their second match of the competition after they lost their first match against Czech Republic while the diminutive midfielder was sitting on the bench in their opening match.

However, his imperative attribute will be needed if Scotland would have hope of qualifying for the next round of the competition.

But in all action, the young midfielder is lighting up the competition with his impeccable footballing prowess despite featuring in the tournament for less than 90 minutes of action so far. 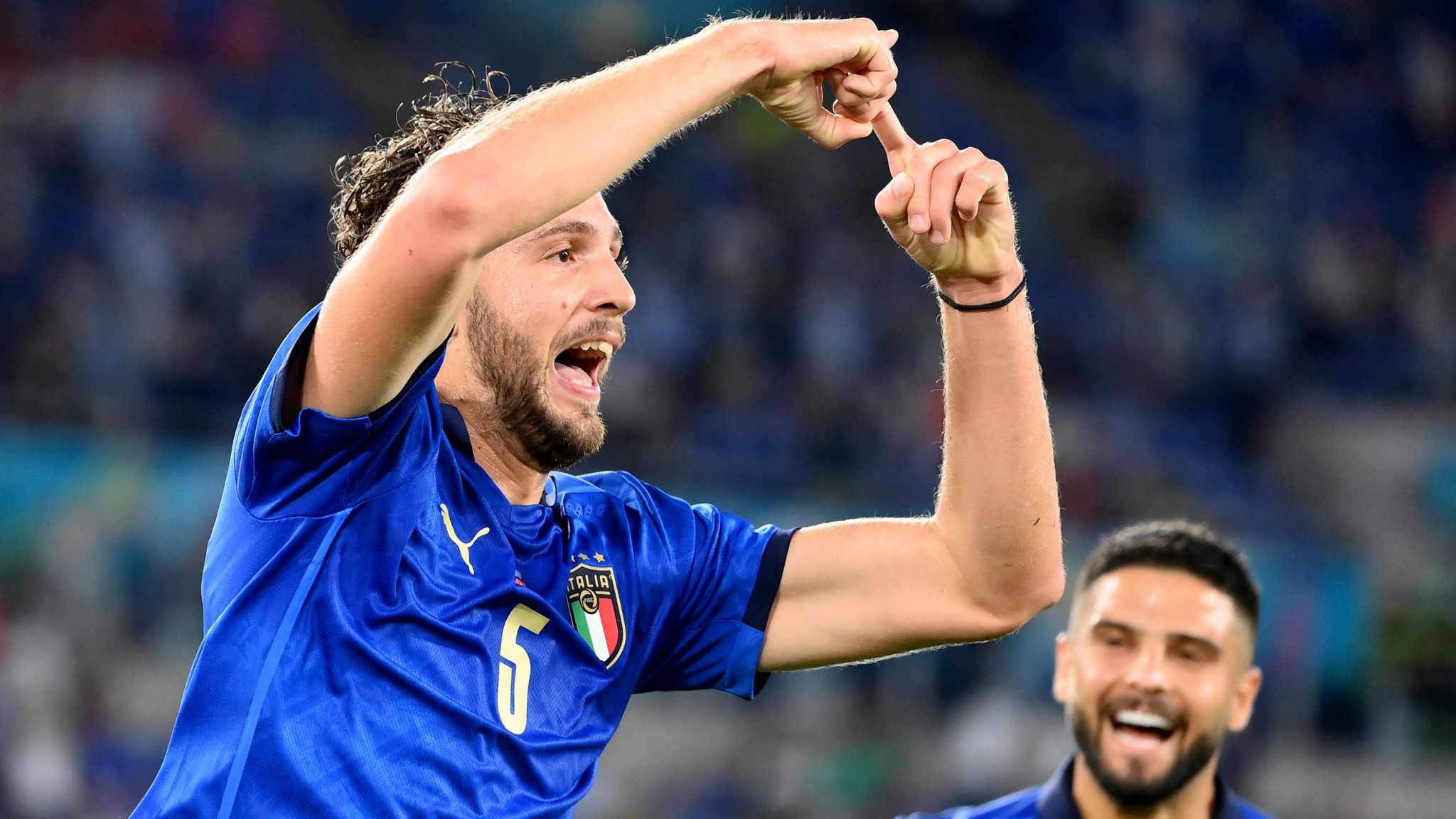 Coming to this tournament, not many bookies, pundit and fans had giving the Azzuri the chance at the top of the tournament, but Italian have shown the world why they have been the champion of the competition at least once. But at the center of Italian side is Manuel Locatelli.

Which coach wouldn’t love a ball-playing, deep-lying midfielder, who is filled with much intensity and passion for the game coupled with his vision and technicalities? Despite his abundant creativity and intensity, the Sassuolo’s man has registered two impressive goal in the on-going EURO 2020, while he is by far the most impressive youngster so far in the competition, despite watch from the bench as the Azzuri displaced Wales’s side in their last group match with an impressive 1-0 advantage.

The Sassuolo midfielder brings physical presence to the compact Italian side, while he is not afraid to get stuck in with his tackling, but is also capable of playing incisive, defense-cutting passes and pushing forward to chip in with a goal or two.

No wonder, the likes of Manchester City, Chelsea, Juventus, PSG and Real Madrid are all looking to secure his service, and why Sassuolo seemingly resigned to lose a player who looks destined for bigger things in the game in the nearer future, if not now. But with his ability and impressive outing so far, this might just be the time for Sasuolo to cash-in big on the talented midfielder.